64/100 I’m writing this as quickly as possible for a very respectable reason; my computer has been mostly broke since August. I say mostly, because the screen only works in spurts. Spurts that seemingly have no pattern. So, that is one big reason I haven’t done any posting on here. Soz. I’m thinking things have reached a breaking point and I’m going to have to take my computer in for fixing in the next couple weeks.

When I get it up and running once again, I will post a nice post and put many lovely pictures up from the last few months.  I will get one photo in for this post if it takes me all night. This one was taken in August in Frankfurt, Germany at Apfelweinfest. (I believe my computer died a couple days before the trip). Apfelwein is what English speaking people call cider. I had to accommodate James’ need to drink cider and join him on the trip. It was a burden, but these are the types of things you have to do when you are in a relationship…..

In the end I ended up loving the German cider and found it much superior to English cider. Since then, we have been schooling ourselves in the different ciders produced from various regions in England and have found Kentish cider to not be too far off the German kind.

That’s it for now. Toodles peeps. 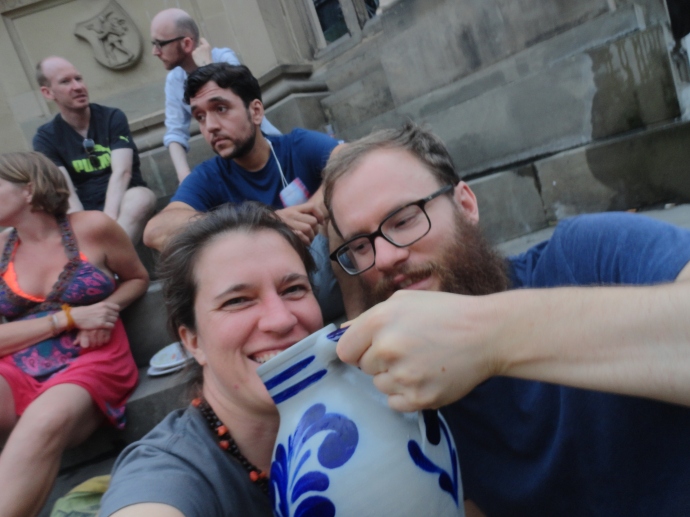 Taking my medicine. Like they say, an apple a day keeps the doctor away.