The sun never felt so good 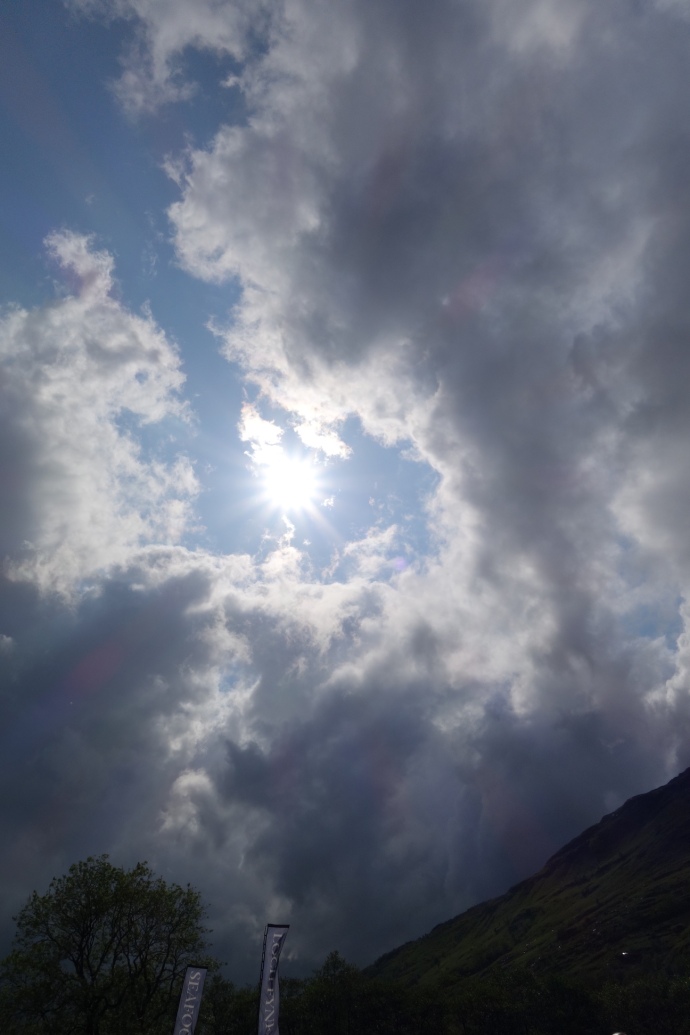 It had been a weird Sunday morning at FyneFest. With unexpected wind and rain in the early morning, we thought maybe FyneFest may be ending pre-maturely. The vast majority of people were heading home any ways, not staying around the for the ultra cool Sunday night drinking party. The Brewer’s Lounge, due to be our hang out for the day, had been taken down for safety. The unnerving wind continued to blow down the glen shaking the big tent, as we continued to put away  halves of Jarl, Everyone Loves Mandarina and Easter Hill with our American friends the Reinecker’s. We weren’t sure what we would be doing for the rest of the day, potentially packing up our tents and heading back to Glasgow. After a while though, the wind settled and the sun began to peak through the heavy, gray clouds rolling over. We moved outside to enjoy what was a rare bit of Scottish sun at this year’s FyneFest.

By the afternoon, raincoats had been shed and suddenly there was movement around the small international bar that was stationed inside the now defunct Brewer’s Lounge. And then there was beer beginning to flow at the now Al Fresco Bar. 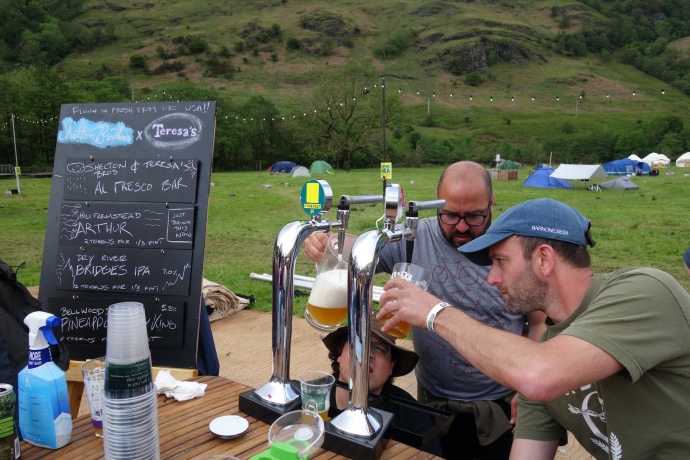 A small group of  hard core drinkers appeared, realising there may be a chance to have some beer brought over from the US via Shelton Brothers and care of Teresa’s. The beer was slightly warm and very frothy, when being pulled through the lines. As the punters waited patiently, the bartenders struggled against the froth coming from the lines. Realising it wasn’t viable to stand there all day trying to get a decent pour, jugs of froth from across the pond were passed around to eager drinker. Glasses were suddenly filled with some of America’s best beer and the beauty of this moment of the glen started to appear across the faces of those at the al fresco bar.

Suddenly life couldn’t get any better. We had new friends to share banter, jugs of glorious beer and (shortly after) pulled pork sandwiches with hot sauce. All while sitting on a couch in the middle of a Scottish glen in the sun. 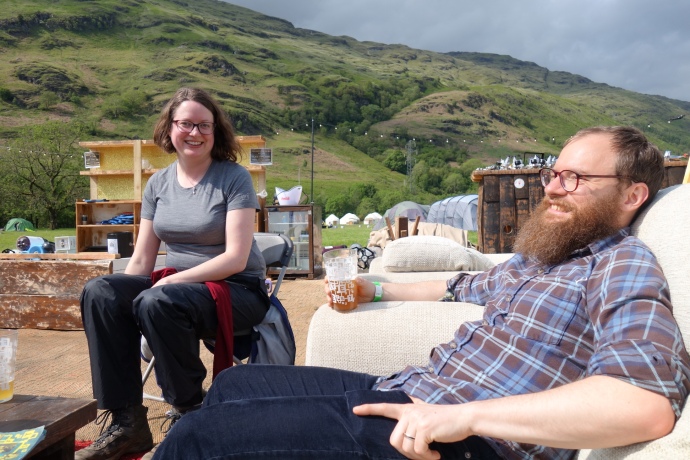 The sun lasted maybe 40 minutes until it dipped down behind the hills of the glen. We continued on the couch, laughing, eating and drinking, living out our best lives. Eventually the rain returned and we were chased back in the main tent. The moment had passed, but the memory and the warm feeling of the sun on my skin and Hill Farmstead Arthur on my lips won’t soon be forgotten.