Well, it certainly has been one of the longest stretches of time in between posts on here in a while. That’s no good. But I want to say it’s mostly for positive reasons. Yes, mostly, I haven’t been home. Or I’ve been moving to a new home. Or I’ve been traveling (almost too much) or had a fully booked in weekend doing sport, going to events, sitting at the pub and generally burning my body cause I forgot sun block again. I assure you I have been writing a lot with a pen and paper even though this space has gone quiet. It has really helped me work through some things and at the least progress my thoughts in a positive direction. So I hope to continue that this summer. But here I am on a Friday night because “I’m focusing on my career right now.” Me and Pic got the house to ourselves and Glastonbury is on BBC. I’ve actually got nothing better to do than write a blog, cook dinner and boogie and I couldn’t be more pleased.

I was in Paris for a few days for Roland Garros. I felt so lucky to be taking another tennis grand slam off my list of things to do in life. Quite a lot of people don’t even get a chance to do one thing on their bucket list and I keep getting able to do all I set out to achieve. Not sure why, but I’ll take it. 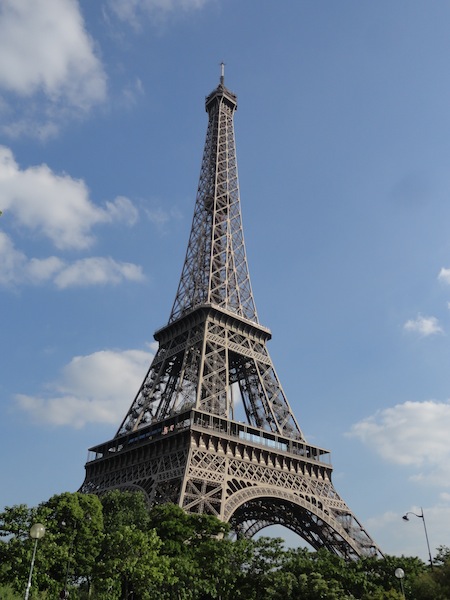 So any ways, before the Open started I was really really really hoping that I would just get a chance to see Rafa play. It was a 50/50 chance without the weather being shit.  But man, I lucked out on weather and would you believe, I also got to see Rafael Nadal play at the French. It was so awesome. He was so so good and totally crushed his opponent. It was over in just an hour and a half. That was legendary, but the evening match with Gael Monfils was more memorable. Monfils, the hometown guy, really had the crowd going. I loved the atmosphere and I nearly started yelling “ALLEZ GAEL” myself. I like Monfils a lot anyways and he was playing brilliantly. I didn’t do too much else in Paris besides be annoyed by the hostel being completely filled with Americans fresh off the boat. They were nice, but they also did my head in. They were mostly 20-23 year olds on their first trip to Europe. It’s been a long while since I stayed in a hostel in a European capital that I kind of forgot that whole scene. The lessons learned on that was 1. If I go back to Paris, stay at a B&B and avoid people. 2. Don’t go back to Paris: go to small cities in Europe from now on. These are important for the future sanity of myself.

I think I did some other stuff between then but I’ve just returned from Scotland on Monday morning. It was 10 days of much needed fun and mostly doing nothing at all. Fyne Fest was awesome as per usual with great beers and great food and music. 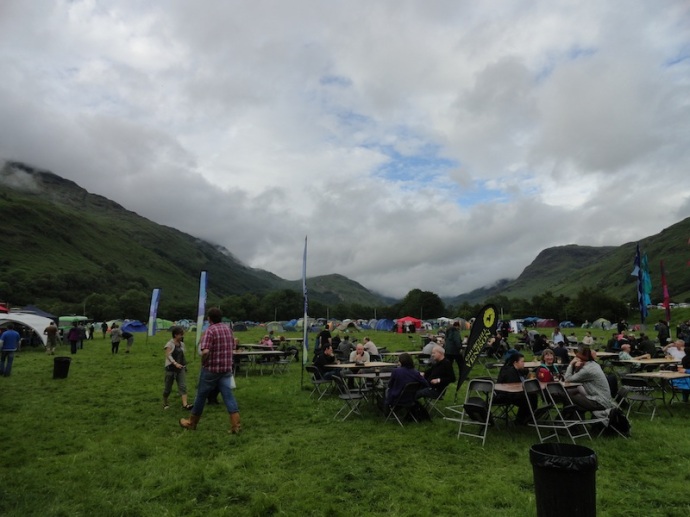 The weather and the midges held out for the weekend. Luckily for me they held out for the next week as well while I camped. I didn’t need midge spray but once for about 3 minutes. I am beginning to think these midges don’t actually exist. And imagine if British people had to cope with mosquitoes. Like those full on mosquitoes you get when you’re up in the hills or forest land. The British would wither and die. The sooner they realize their bugs, birds, animals are all tiny compared to other countries the quicker they can stop their complaining. Actually they’d probably complain about how small stuff was and they’d want things to be regular size like the rest of the world.

I feel like I’ve been sleeping mostly in a sleeping bag the last two months, which is partially true.

My time in Inveraray and Islay was awesome. The best bit were campfires on the beach with a bottle of whisky. Next year I am hoping I can bring some friends along to the beach to share in the experience. I was happy to do it alone this year just to scope it and not have to commit to doing anything else, but I’d like to do a bit more next Scottish holiday. Any one up for it?

River in the Highlands.

So I’ve gotten back from Scotland feeling pretty refreshed, but now a week of really stressful work has happened and I’m right back to where I was pre-holiday frazzled and banging my head against the desk. Ah such is life. I have no other travel plans the rest of the summer and I’m happy about that. It will be nice to stick around London for a change and enjoy times with my friends until school starts back up in August. Then once again I’ll be hiding in my room doing homework for 4 months. Can’t wait.

It’s getting late now. Nearly 10 (!!) and I am about to fall asleep typing this up. Piccadilly is circling, wanting me to get to bed too.I have not been sleeping well for weeks and I am looking forward to not having an alarm tomorrow morning. I’m pretty sure this tiredness stems from my complete lack of exercise for the last month since the Rat Race 20 mile assault course we did. Oh and there’s been the drinking. By the way, the race was good. We finished in mostly one piece. All this laziness changes tomorrow morning cause I’m going for a long run after breakfast. Time to get the creaky cogs of this body spinning again.

I hope you all have a fantastic weekend. Stay out of trouble and take care. Cheers.